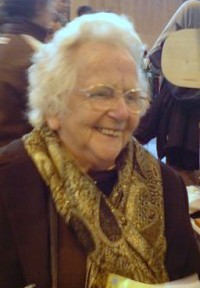 It is with deep regret that we have to announce to death of Mrs Mavis Lancaster, the wife of our late President George.

Both were very loyal and supportive followers of NEFRA during their early days and indeed throughout our years. Mavis always attended our Championship Show and we were delighted that she was able to join us last November. Indeed, we had only just appointed her as an Honorary Life Member at our AGM earlier this month, an honour which we unfortunately were unable to advise her of.

Donations to be split between Sussex Spaniel Association Rescue and Flatcoated Retriever Society.

This website uses cookies to improve your experience while you navigate through the website. Out of these, the cookies that are categorized as necessary are stored on your browser as they are essential for the working of basic functionalities of the website. We also use third-party cookies that help us analyze and understand how you use this website. These cookies will be stored in your browser only with your consent. You also have the option to opt-out of these cookies. But opting out of some of these cookies may affect your browsing experience.
Necessary Always Enabled

Any cookies that may not be particularly necessary for the website to function and is used specifically to collect user personal data via analytics, ads, other embedded contents are termed as non-necessary cookies. It is mandatory to procure user consent prior to running these cookies on your website.